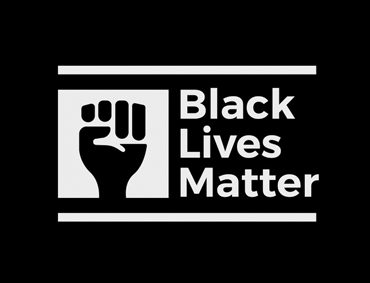 Those 3 words aren’t just words anymore. They are words loaded with political motivation, words that now have a strong meaning and impact that take a stand regarding anti-racism. After the brutal murder of George Floyd by the Minneapolis police on 25 May 2020, ‘black lives matter’ was famous again.

All over the world, we saw protests – people of all races and ethnicities, marching in solidarity and taking a stand saying it’s not enough to not be racist – we  have to be anti-racist. But what is undeniable, is that racism is more than individual people’s actions and words… it’s systemic.

Racism of this kind, racism that infects the very structure of our society, is a slow invisible poison. And at first glance, it may be difficult to detect. Systemic racism persists in our schools, offices, court system, police departments, and pretty much everywhere else. For this kind of not-so-overt racism, marching outside parliament may not cut it. We need more! We need more black people in positions of power and influence. More black people wanting to make a change.

This is why UK rapper Swiss, created Black Pound Day. Black Pound Day is a monthly campaign that encourages consumers to switch up their usual shopping destinations to local and online Black-owned businesses every first Saturday of the month. It’s a way to show solidarity and progressively enhance income within black-owned businesses. Black Pound Day is a solution-based approach to support the growth of the UK Black economy. As a direct and peaceful response to the systemic racism; the idea is to rotate money amongst black businesses by spending the ‘black pound’ and closing the wealth gap that disproportionally exists. According to the Black Pound Day website, if everyone was to spend just £10 a week on Black businesses, we could inject £1.9bn into the Black community.

But on 27 June 2020, when the first black pound day started, I noticed BD Legal Services was being tagged on social media platforms as a “black owned business”, which helped consumers identify where to spend the black pound. At first the tags made me nervous. “Omg! People know I’m black- this was not part of the plan”. But as time was going by and the movement was picking up so much success and recognition, I starting feeling such a great sense of pride to be able to be a part of this movement. Never had I heard of spending the “black pound” to increase wealth for black people. Never had I heard of rotating money within the black community – I thought that was something only Jews and South Asian people did.

I’d go on to Instagram and see businesses with the hashtag “black owned” in their description biographies. I found myself typing “black owned restaurants in Essex” when it was date night with the hubby. I wanted to not just witness the movement but be a part of it. As a result, I managed to connect with so many people professionally and socially just by searching #blackowned in the search bar on Instagram everyday!

George Floyd’s murder hit me hard. I thought about it day and night for about two weeks straight. It invoked feelings of fear for me having a black dad, black brothers, a black husband and most importantly a black son. But then I experienced something bigger than my fear – and that was the need for change and revival. I am so passionate about leaving a legacy for my children that is bigger than me. I want to be able to look back on my life and say that I was proud of my personal and business decisions. So my mindset has completely shifted and changed – BD Legal Services has a strong voice, a powerful voice …. a black voice.

BD Legal Services is unapologetically #BlackOwned and definitely a part of #BlackPoundDay.

Let’s not live in the moment but be part of a movement.

Rest in power George Floyd – your death will never be in vain.